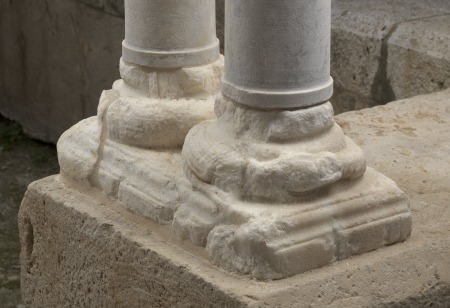 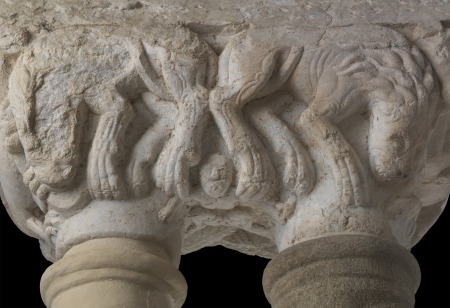 A further variant of the decoration in Cefalù that cannot be found in this form in Monreale is that of the human figure of one of the paired capitals in the west ambulatory, stretched between the capitals and only visible from below.
Due to the many unresolved questions surrounding the date and chronology of the cloister in Cefalù and the much damaged condition of its architectural sculpture, it remains a challenge for art-historical research – in spite of the wealth of excellently transcribed and edited historical documents and conservational studies – to attempt to clarify the doubts that continue to perplex its construction and decoration. More particularly, the question of how the Sicilian royal buildings relate to each other requires further elucidation.

The Cloister of Cefalú – Imaging Plan and Reproduction of the Capitals