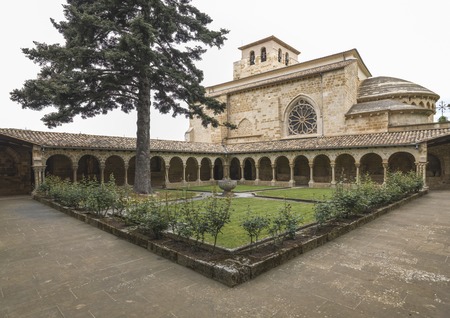 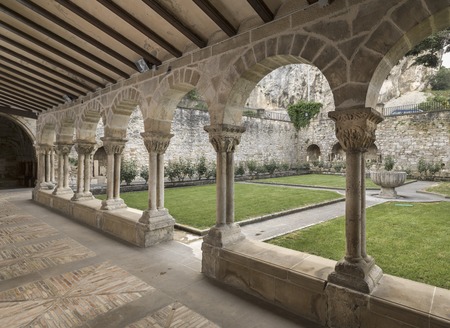 Romanesque cloister capitals in the Mediterranean and the cloister in Estella

Among the many Romanesque cloisters of Spain, that of San Pedro de la Rúa in Estella (situated on the Pilgrims’ Way of St. James) is distinguished by a cycle of capitals of remarkable interest for its extraordinary iconographies and motifs. Although only part of the cloister has been preserved, it reveals in its decoration – even in its present fragmentary condition – a particular christological and hagiographical programme.

The CENOBIUM Project was supported, in this Spanish segment, by the Amigos del Rómanico, by the Archbishop of Pamplona and Tudela, and by Luis Duran Arregui, president of the Amigos de la Catedral de Tudela, and has worked in partnership with Esther Lozano López, Inés Monteira Arias and Juan Antonio Olañeta Molina, who wrote the texts on the capitals. The architectural description and building history are also by Esther Lozano López.