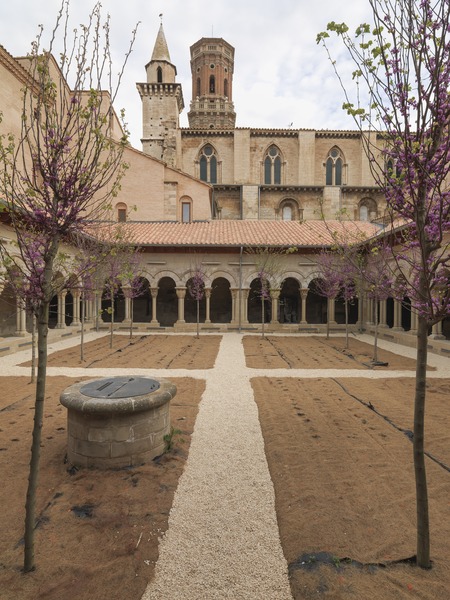 Romanesque cloister capitals in the Mediterranean and the Cloister in Tudela

The cloister of Santa María in Tudela is one of Spain’s most important architectural monuments thanks to its extensive corpus of sculpted capitals with narrative and figurative reliefs. However, it was chosen for inclusion in the CENOBIUM Project not least due to its problematic state of conservation. The photographic campaign in the cloister immediately followed the completion of a lengthy restoration (2014-2015), during which the capitals were cleaned and fragments that had been detached through the erosion of the stone reinstated.

The CENOBIUM Project was supported, in this Spanish segment, by the Amigos del Rómanico, by the Archbishop of Pamplona and Tudela, and by Luis Duran Arregui, president of the Amigos de la Catedral de Tudela, and has worked in partnership with Esther Lozano López, Inés Monteira Arias and Juan Antonio Olañeta Molina, who wrote the texts on the capitals. The architectural description and building history are also by Esther Lozano López.