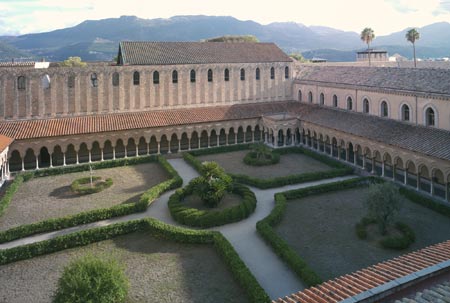 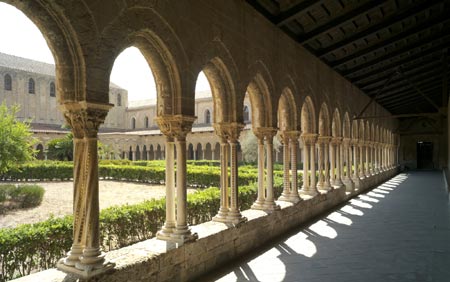 The first phase of this project will concentrate research and digital visualizations on the cloister in Monreale (derives from Mons regalis: King’s mountain) in Sicily. Originally part of a monastic complex built under the royal patronage of the Norman king William II, this cloister constitutes a significant example of Romanesque artistic production not only in Italy but throughout the entire Mediterranean. It is one of the largest, most complex and, in terms of composition, one of the finest twelfth-century cloisters, and it distinguishes itself by the richness and variety of its details as well as by its comparatively excellent state of preservation. It combines a wide variety of contemporary currents in Romanesque decorative sculpture within an architecturally unified cloister. Between 1174 and 1189, at least five different highly-skilled workshops were assembled from different artistic traditions and distinct geographic regions in France, Italy and Spain.